After a very relaxed trip to Spain, I returned with Thomas and Claudia to my boulder “Barry White” last week, of which I did the first ascent last December. Thomas and I wanted to do some filming; Claudia joined us to make some pictures. 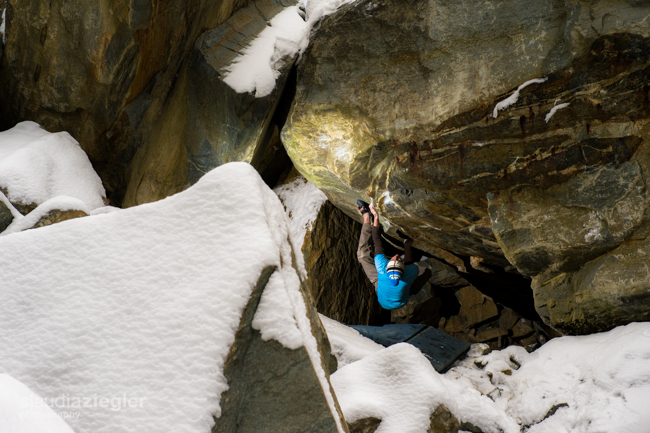 Even though I’ve recorded the actual ascent I wanted to make a proper video about it. After all, that block sucked up a great amount of time and effort. Since I’ve started trying it in March of last year it took me approximately twelve days.

The last days on the boulder were the hardest for me. I knew that my girlfriend and I would be leaving Austria soon and the weather wasn’t on my side either. In fact; during the last six days I changed my crux-method four times (not always for the better) and I battled arctic conditions (-7°C and similar temperatures) Shovelling snow, moisture from my fingers freezing instantly on the holds, frozen bananas, frozen sandwiches, frozen iPods and phones. Despite filming the video almost a month later, it gives you a fair image about how it was. 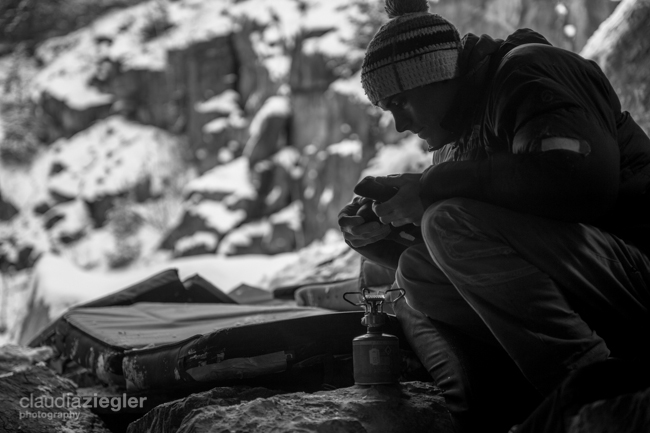 It was so cold; I just couldn’t feel my brain.

To hell with it! I climbed it eventually, redemption at last! Now I can leave Vienna in peace, my last two projects climbed. The sandbagged old school route “Hobby Extra” and a FA of “Barry White”. I’m still so very happy about those two!

I hope to see some repeats of the boulder, it sure is great!

Barry White from Hugo on Vimeo. 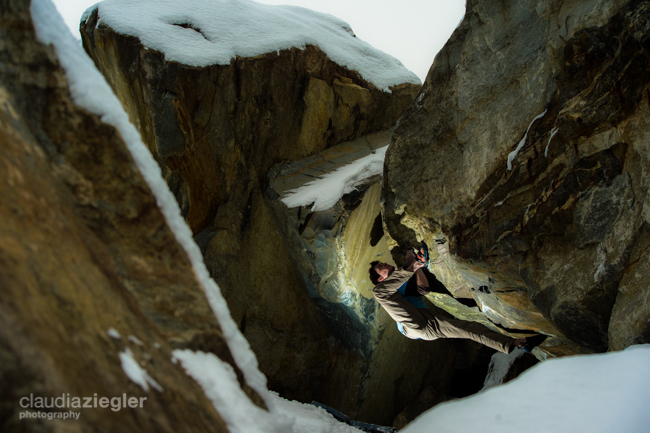