Frankenjura again! A mere ten days after our long trip we returned to the southeast of Germany. A short five-day trip, which turned out to be amazing!

The autumn conditions were great throughout the entire time we were there. Cold and crispy-dry air, the kind of weather you read and dream about, but never seem to get. This time we were right on the money!

On day one I was able to quickly tick “Odd Fellows” in the first try of the day. Odd Fellows is an 8c on “Pornowand” that escaped me last time when it kept shredding my fingertips the minute I touched it.

Chuffed! What a start!

The next day I went to work out the moves of “Penumbral Solar Eclipse”, an 8c at “Vergessene Welt”. Ever since I had seen this crag in the film “The Wizard Apprentice”, I have wanted to go there. In the movie Adam Ondra climbs a 9a, which shares the last moves with the 8c and I liked the look of it.

Although I was keen for that route, somehow I didn’t feel that I was doing well in it. I felt tired and found the dyno at the end a bit hit and miss. I worked it three times that day and then climbed a short 8a+ next to it to cool down. I left the crag a bit doubtful, and I wasn’t sure there was any point in returning during the days we had left. 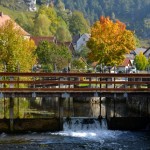 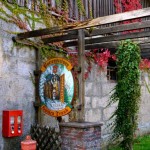 The next day we met up with local Nico and his family. Nina climbed a nice classic 7a called “Ikebana” and I flashed another really nice route called “Insomnia”.

Like with Odd Fellows, it’s just great when things work out fast. Most of the time it doesn’t happen to me; it’s a rare thing. But when you’re on a high… it’s great and good things keep on coming!

I still had a quick peek in “Life’s blood for downtrodden”, the 9a that shares the end. It went pretty well; it has my name written all over it. So hopefully I can go back for that one day… maybe next year…

On the last day I felt pretty trashed, but Nina was still going strong. After sending another 7a, “Zeitreise” on “Pottensteiner Wand”, she made quick work of “Schwebebahn”, a very rewarding 7a-flash.

I’m having a bit of a break now, before training for our next trip in December. If this winter turns out half as good as the last weeks were, I’ll be a very happy man! 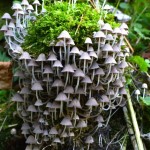 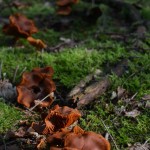 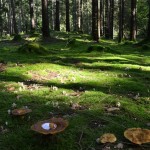