Last Sunday I finally climbed “Hobby Extra”, a classic test piece just south of Vienna. It was named after an old brand of strong cigarettes, the Austrian equivalent of Belgium’s “Groene Michel”.

Climbing this route was so f*ing hard for me, it feels like it’s the hardest route I’ve ever done. Ridiculously short and very steep with barbaric moves between small and painful holds. Absolutely unforgiving and my anti-style, to me it confirms the progression I’ve made during the last two years.

The first time I tried it is more than one and a half years ago and I couldn’t do any of the hard moves. As it felt so impossible and the conditions have to be so spot on to be able to stick to this old-school piece of rock with seemingly zero friction, I didn’t really try it again. But it stayed in the back of my mind as the one route without which I would not leave Vienna.

Then the winter was coming, leaves falling of the trees, weather getting colder and shittier and I started to feel that I was running out of time. Although we will only be leaving Vienna in February, I knew it had to be done this year and soon, before it got too cold for route climbing.

So I went back around six weeks ago. The moves felt better and after several days (!) I could finally make all the moves. I started to see a chance.

The problem was that my pride didn’t allow me to pre-clip anything in this route. As it is known around here that pre-clipping the first two (although safer – ok) makes it at least half a grade easier, I wanted to climb it as it was opened, nothing pre-clipped, old-school, the hard way. It may sound weird, but I was definitely prepared to sacrifice a broken ankle or two for this piece of Viennese climbing history!

Anyway, I was close to doing it last month, but then I had some bad luck with the weather (too warm, way too humid) and by the time the best conditions started to come around, I was driving through Germany to buy a motorhome for next year’s trip to Spain and then on to Belgium to see my family. There went my fitness, right down the drain. The local beer, grandmother’s cooking… I just couldn’t resist:

After a week of intoxicating my liver, Nina and I went straight to Siurana. I lived healthily and climbed a cool route named “Leche caliente” quite fast, lost some weight, came back and as usual got ill. Went again to Belgium, got even more ill, wasted away on my mother’s couch for week and on my first day back in Austria I went straight to “Hobby Extra”. Funnily enough things went pretty smoothly. So today, still coughing and sneezing, I expected nothing and climbed it in bitter 0,5°C after a horrible first attempt. Well, miracles do happen!

I have to honestly admit though that I’ve never fought as hard in a route as I did today, nor did a route ever feel as hard as this one. I was grunting like a warthog, Nina was screaming… funny! Normally we suffer in silence. It helped; I guess.

Save the best for last, people say. So this is it, probably my last hard route in Vienna. It sure was the most difficult one for me and I’m a happy man now!

So I still have one open account here in Vienna. And that’s a great boulder-project. I hope that it will still fall!

Oh, now that I think about it, last summer I did the first ascent of my own route, which is called “Elza”. I’ve bolted it in May, it’s really cool and it also has a hard extension for future generations. Claudia Ziegler made some really cool pictures, so I’ve posted these as well! 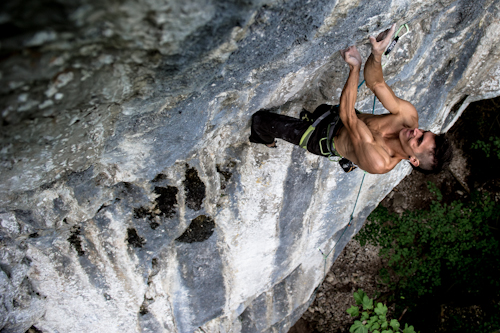 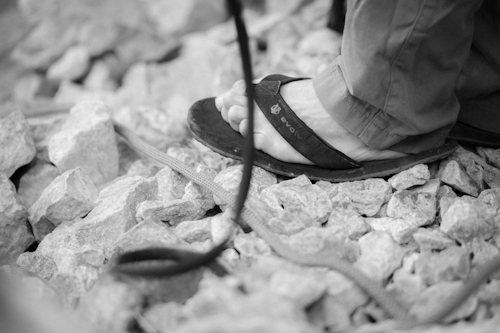 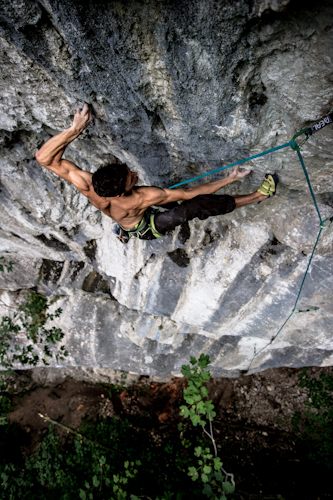 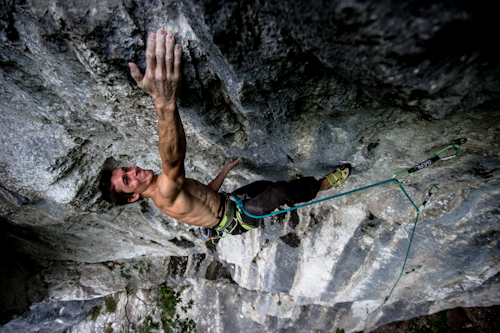