To get the good vibes going we opened our second Belgian beer. It’s not easy to get your hands on them over here (and they are for sure not cheap), but they were essential to kick-start our little expedition!

It’s Friday the 5th of August and tomorrow Jakob and I will take a peek at “Massada”. Ten pitches long, up to 8b. A 280m-long limestone multi-pitch on “Blechmauer” opened by the Gsenger brothers. Located in Höllental, an hour South of Vienna.

Saturday 7h30: after a crappy night of sleep in the car we poured ourselves full of coffee (the really strong black stuff that you can drink or spread on your bread). “Auf geht’s!” Half an hour later we are standing under a waterfall also known as “Massada”.

At that moment we should have decided to turn around.

It was soaking wet –every hold, every foothold, the whole wall-. Climbing felt impossible. Luckily the steep second pitch has an aid-option. Between the bolts there are some 8mm-bolts with an aluminum lip. Hanging there in the morning, water running over my helmet and face, I couldn’t help thinking about Séan. Climbing through that “black hole” on their recent big-wall trip to Greenland. I am surprised that he even fitted in that off-width with such a massive pair of balls.

Back to reality: Eventually I reached the chain. I made 8 to 10 moves on a 30m-pitch. Pathetic; but there was no other way. The third pitch was dry from the 3rd bolt on, but also quite crumbly. “Fourth pitch looks dry… entirely!” That pitch the game was on! Finally some climbing, a nice slightly overhanging to straight 7b+ on relatively solid rock. The difficulty of that pitch situates itself around the 3rd and 4th bolt. The holds were positive, but I read it completely wrong. That happens I guess. The rest was not so hard.

The fifth pitch is a connection-pitch where you walk 10m over a grassy ledge. Time to open our little improvised haul bag. We were advised to use a little haul bag instead of a backpack. It was definitely worth it, we couldn’t imagine climbing with a backpack, even as a second climber. After the essential lobster- and champagne lunch, Jakob took off for number six: a very technical 7a+ slab. Nicely dry, but also quite dirty (footholds breaking off and all sorts), we managed to go up this one reasonably fast.

Also pitch seven is a connection-pitch. An alpine-style 5. Twenty meter of loose debris with two bolts and some “garbage” to hang in your quick draws. It’s not too bad though. It’s easy and you wouldn’t fall. Still, it definitely makes you climb more attentive. When I reached that chain the valley was packed with clouds. As the 7b+-pitch above me was soaked as well, we discussed what to do, and eventually the weather decided it for us.

Bollocks! Down it is.

And so we rappelled, and we got soaked, and our egos where bruised. 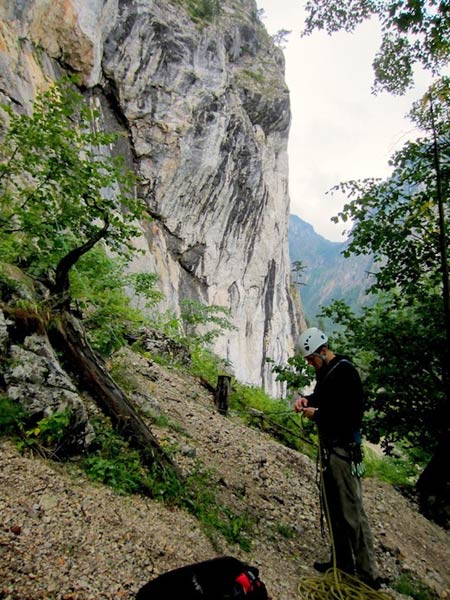 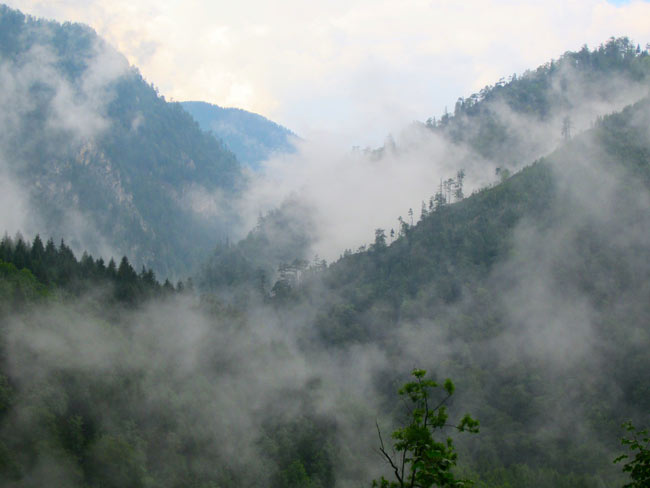 Conclusion: The key-pitches where unclimbable due to being wet, the weather also wasn’t on our side, there’s a lot of loose rock and we weren’t able to even try the last hard pitches. The truth is: we got our asses kicked and mercilessly spanked off the wall.

The wall doesn’t run away. We’ll be back.

And we’ll be strong… 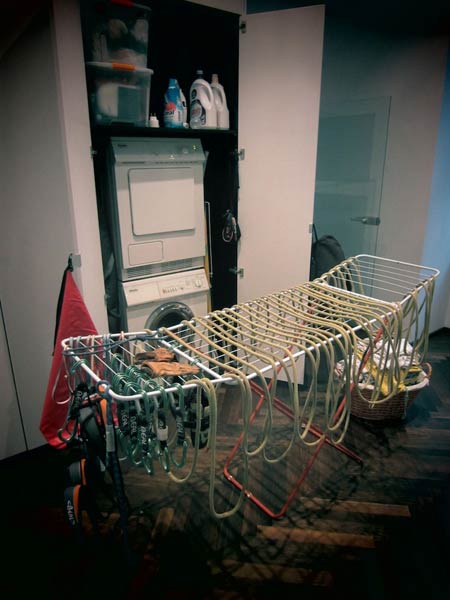