A good friend of mine told me I should write about processes. “Nobody cares about raw facts, Micha, it’s all about the process!” Point taken…

After the Monkee-Photoshoot in Nürnberg I felt a bit more relaxed. I guess it was good to get away from climbing for a few of days. Still, the thought of climbing (badly) was all a bit much to take.

Long story short, I needed some more days off. I needed to go somewhere else, somewhere I would return from craving for climbing and a healthy lifestyle… I was going to Berlin. 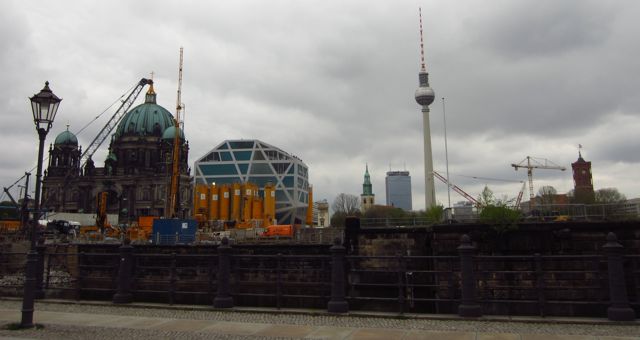 Nina dropped me off at Barcelona airport, I got on a plane and by the time it took off all the climbing demons seemed to have nested themselves in my head and driven me mad.

I could choke on the free spongy sandwich. The plane could turn into a ball of fire. Birds could fly into the turbines, turning themselves into poulet-rôti and take the plane down.

Nothing of all that happened, in fact nothing happened at all. By the time we were landing it wasn’t about having some time off; it was about damage control.

I was going bat-shit crazy.

In Berlin I spent some time with my friend Thomas. We did some sightseeing, went to an exposition, had some beers and came up with some ideas for future climbing-projects. 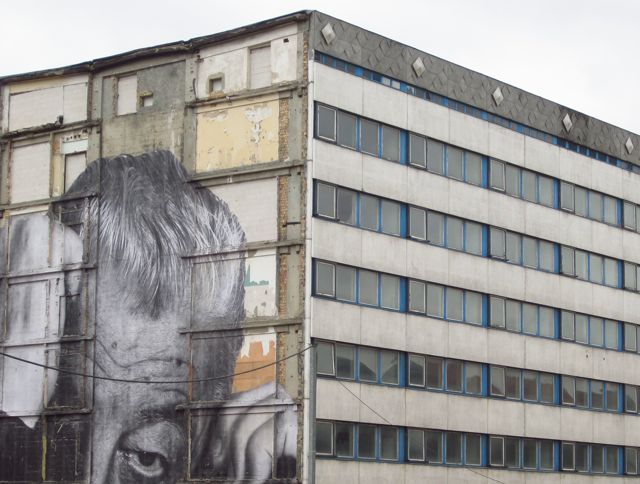 We talked about the gigantic expectations I had and why they where nonsense. I’m not a professional climber, I don’t get paid to do it, I don’t have a trainer, I don’t even train. I should just climb and have fun!

The following days I became quite content being a tourist; taking some pictures, having coffee in the sun whilst reading my newspaper. With that balm on my soul, it was time to get back to climbing. 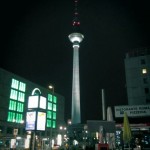 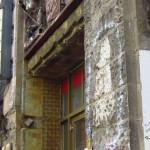 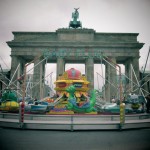 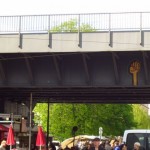 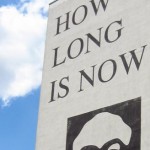 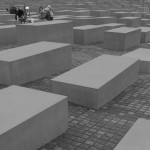 The next day I was on a plane to Spain.

I decided I needed a different approach, by climbing stuff that I could finish in a day. So the next days I only climbed routes up to 8b. But a fresh start also required a different location. So we drove our battered van to Rodellar.

We hooked up with some very nice British climbers (Ben and Will are the young dogs to watch!). The simple life was setting in and we where getting used to it. Climb when the weather is good, rest when bad. Eat good food, listen to music, read books, stuff a piñata, celebrate birthdays and shoot pool. 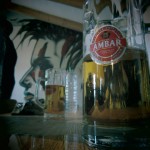 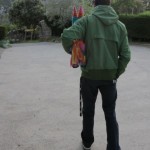 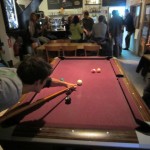 After nearly three months of climbing the both of us are finally feeling a bit fitter and we’re starting to do well. Nina’s operating in the 7b’s and I’ve climbed two 8c’s: The Mummy (brilliant moves, probably the best route I’ve climbed in Rodellar) and Welcome to Tijuana. One of them, -Tijuana- took me quite a bit of effort, but I really wanted to climb it with the original start and with not a single quickdraw pre-clipped. To me this seemed the only correct way and I’m happy and very satisfied to have climbed it like that. 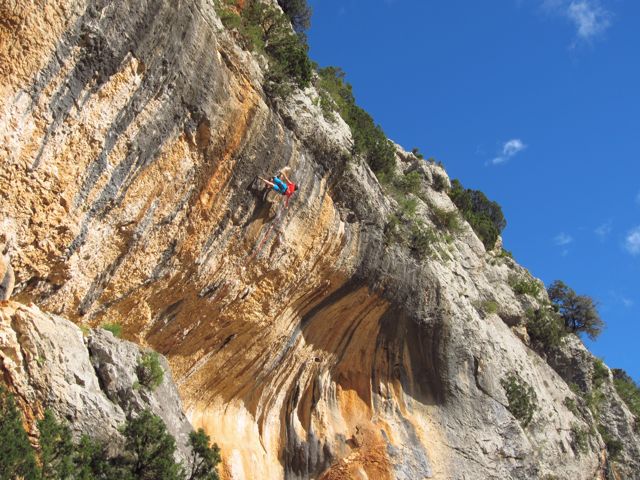 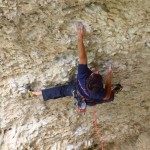 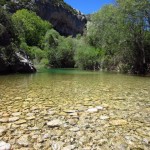 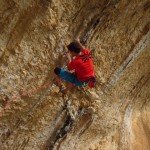 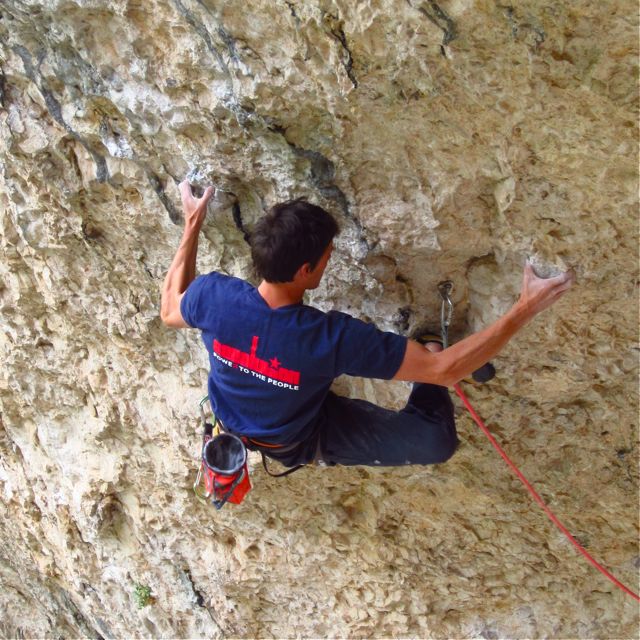 There wasn’t any new process going on though, just the ordinary trick of over-compensation (get so strong that you can climb it no matter how nervous you are. Basically, operate below your level). BUT, things are bound to change, because birthday-boy Mark has lent me a book called “With Winning in Mind” by Olympic champion Lanny Basshan. It’s the book that Jerry Moffat writes about in his biography. I will give it a go, see if I can turn whining into winning. (much like turning water into wine, if you will) 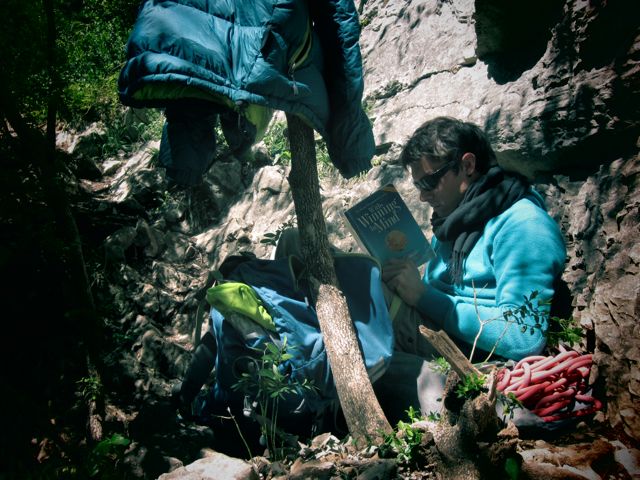 I don’t really know what I’ll try next, there are just so many good lines here. Unfortunately most of them are too long for me…I’ll probably stick to the short ones.

But I can always get better, right?

Oh, some great news from Vienna! Kraftpaket Berni Fiedler repeated Barry White! When I got on the boulder the first day, Berni was there and played along to find all the puzzle pieces. It’s good to see the circle completed! During the last two and a half years I’ve climbed many of his routes and it feels good to be able to give something back. Thanks for all the great lines Berni!

You can find his blog via this link 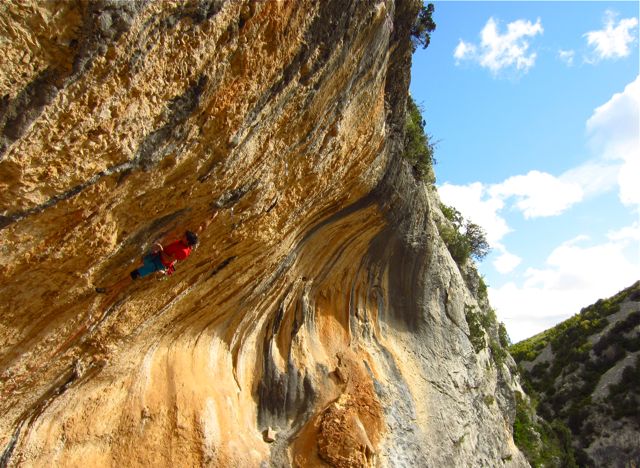 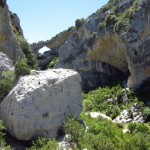 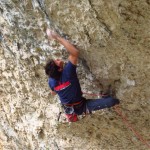 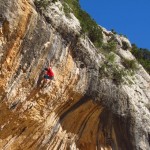 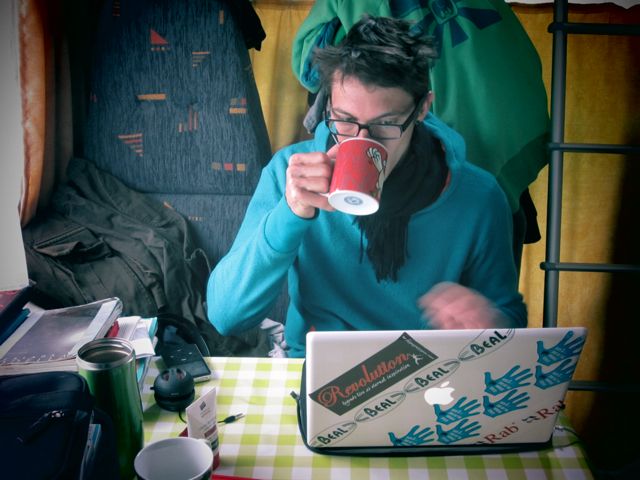