We’ve been in Spain for nearly five weeks now and since my last entry much has happened! To start off, we’re doing our very best to destroy our mobile home. Hitting walls and balconies, I’ve good hopes to hit a pedestrian next time!

So, about the balcony: a very small street in a very small village, crawling through, looking in both mirrors, and forgetting about our height… BANG! The picture says it all, I guess. 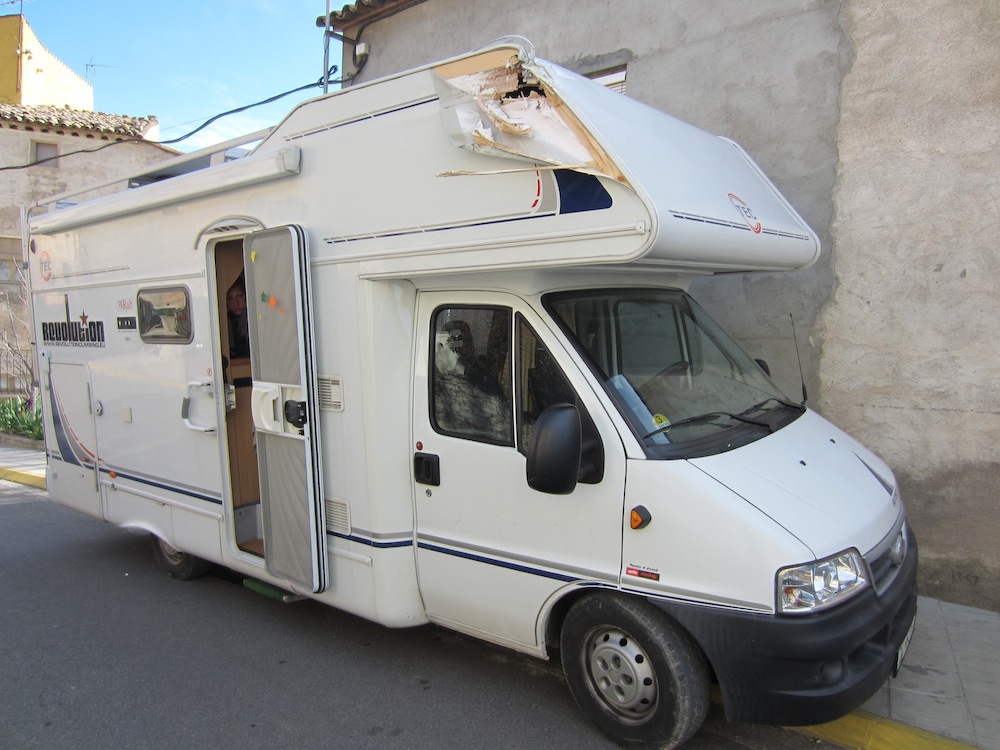 It happened on our way to Oliana – the home of hard climbing – and so the first days there I’ve spent more time on the roof of our truck than on the wall. We’ve lost quite some time with it and had to re-think our plan. Eventually we decided to stay in Oliana for a while.

Nonetheless I was able to fix our resilient home against all odds – rain in particular – and make it waterproof again (10% metal, 10% wood, 30% silicon, 50% pure luck). 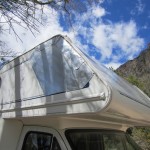 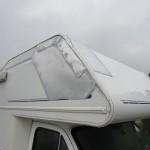 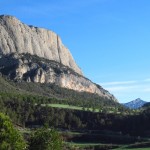 Finally some climbing in Oliana then! We had the moral support of some friends (headcount 16!) from Vienna who where renting a house in a nearby village. It was really nice to see them and climb with them again since we moved away from Austria.

Things started going like they should go; trying some routes, having some laughs, beers and birthday-parties, Johanna walked Fish Eye, our mobile home stayed in one piece. 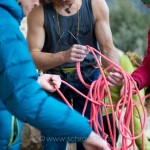 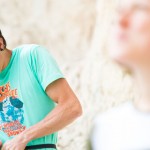 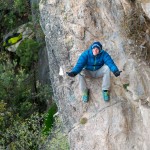 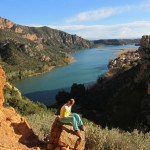 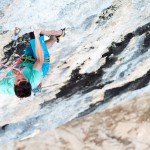 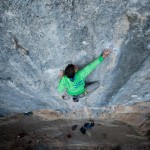 Nina climbed her first 7b and I climbed the shortest route on the wall: T1 Full Equip, 35m. Oliana is great! I’m trying almost every route on the wall, so I made a list of routes that I eventually want to do and hopefully I’ll leave this crag with a concept that I only know from magazines and Wikipedia, called: resistance. 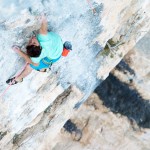 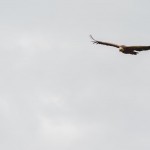 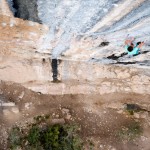 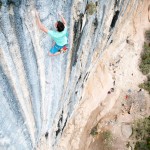 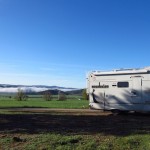