Two weeks ago a blogpost of mine was published on the website of Rab. My sponsor for technical clothing and gear. For my blog, click here (with more pictures)or read it below.

Since the beginning of this year I am living in Belgium again after an absence of three and a half years. Moving from an alp country (Austria) to one of the lowlands was quite a change for me. Swapping the endless climbing potential for a handful of crags that are very weather-dependant was like biting into a sour apple. Nonetheless a part of me was happy to be back in this small –sometimes surreal- place.

Those few Belgian crags do have their cool routes though, and one of those routes on my list was “Shadowmover”. A short power-endurance route that I tried one day back in the summer of 2010. 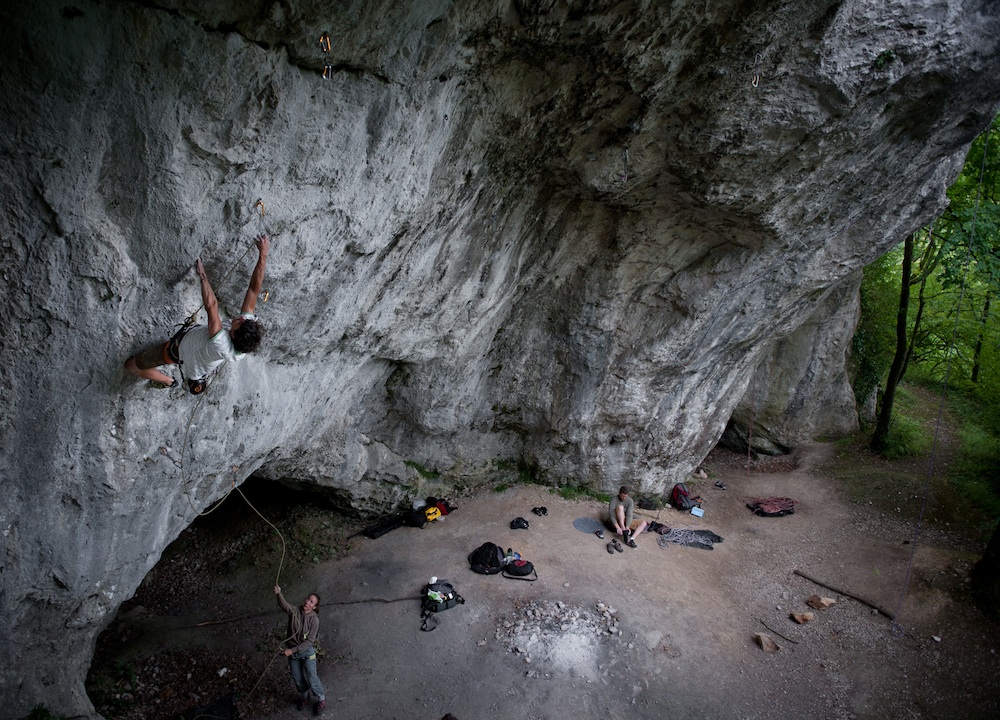 “Shadowmover” is a route from the 90s and like most routes from that time it sadly has some chipped holds. Luckily the hardest move is all natural and it still happens to be a good route. As far as I know, the route had seen its last ascent in 1998, before a crucial hold broke low down leaving a harder entrance boulder behind.

That one day in 2010 I couldn’t find the solution to solve the beginning, so this year I returned. After all, “Shadowmover” was on my “list of intermediate projects” … a big name but in reality nothing more than a beer mat with some route names on it.

I have been trying the line on and off, but it was only at the beginning of June that I made the “click” in my head and really went for it. Approximately a month ago it was done. With the new boulder sequence to start and an addition of three extra draws adding a roof sequence at the end, it is a bit more than just a broken route re-climbed. That’s why I gave it the name “Shadowmover 2.0”. 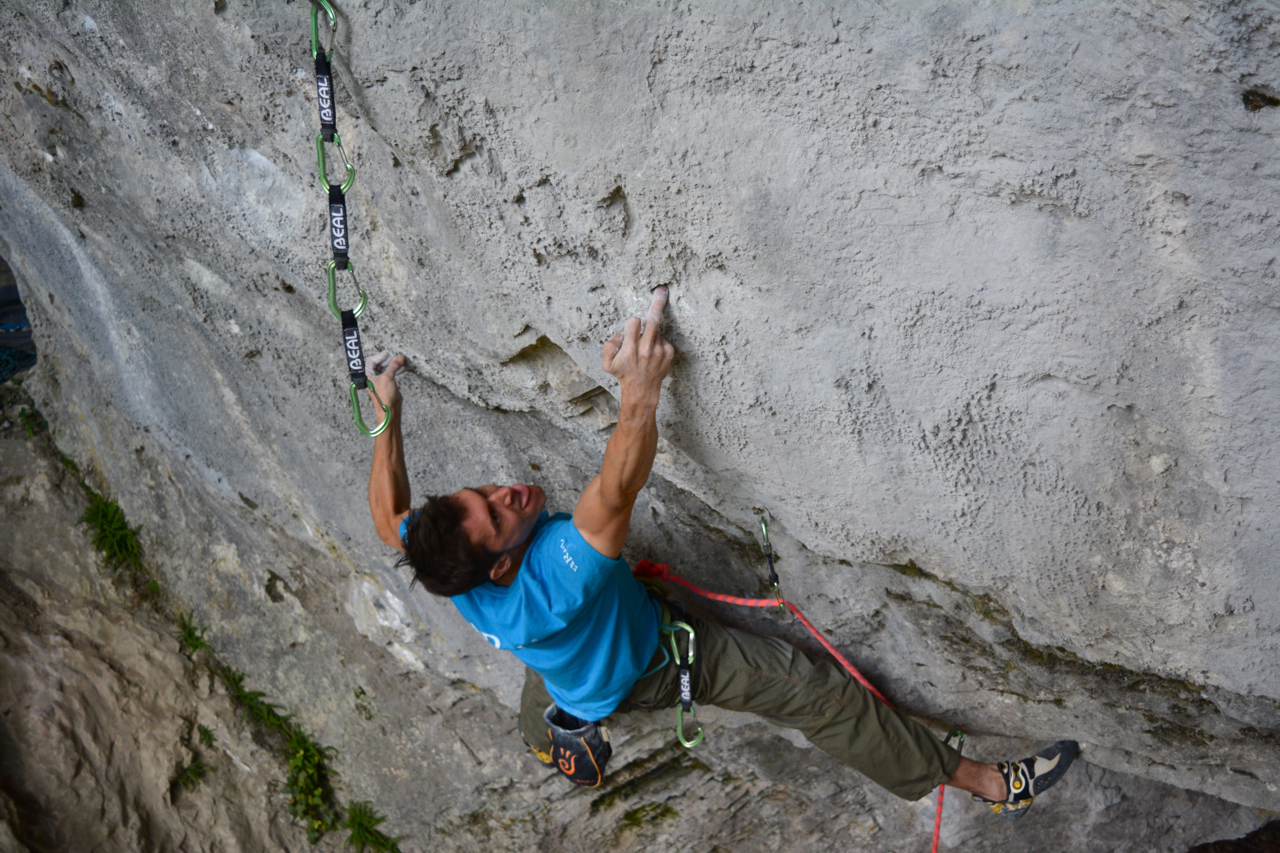 I must say I’m quite chuffed to have climbed it. It might ultimately not be the hardest of routes, but I feel like I have finally made the start to climbing my other unclimbed and much much harder projects in my home country.

Another one would be a line that has been of climbers’ interest for the last 30 odd years. It could become a benchmark-route…

A small country, but so many lines to climb… forever onwards and upwards! Go hard or go home!